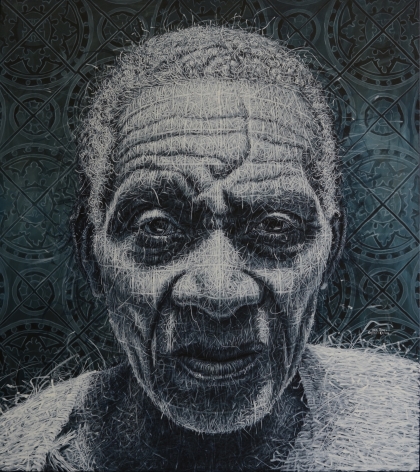 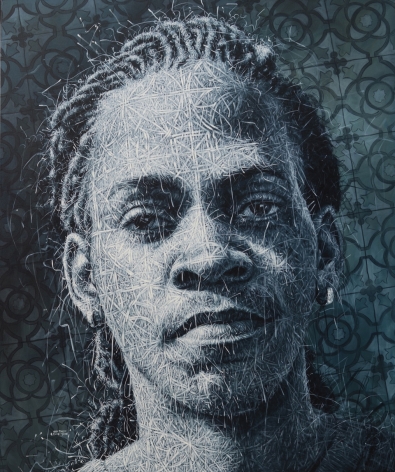 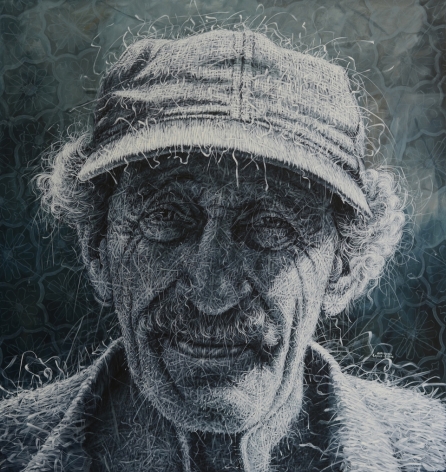 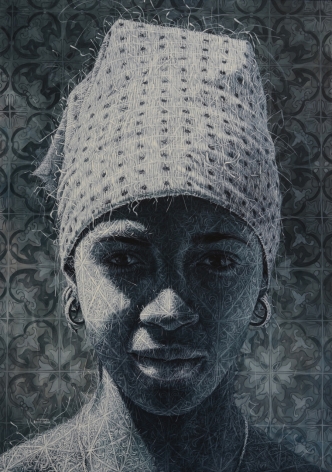 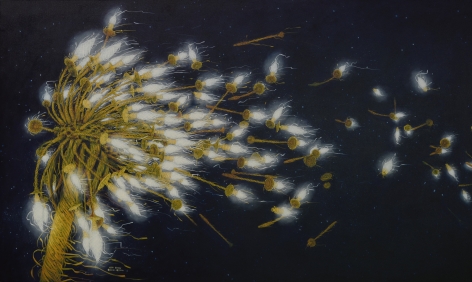 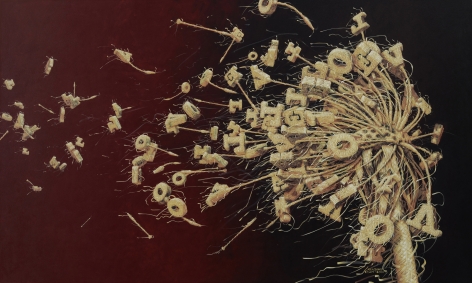 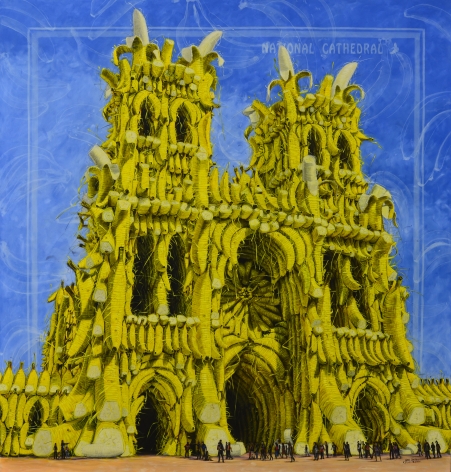 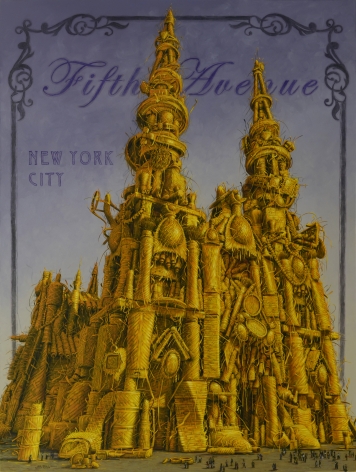 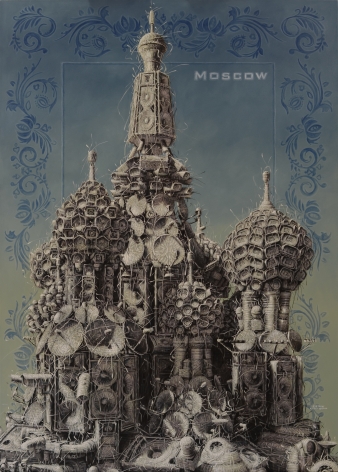 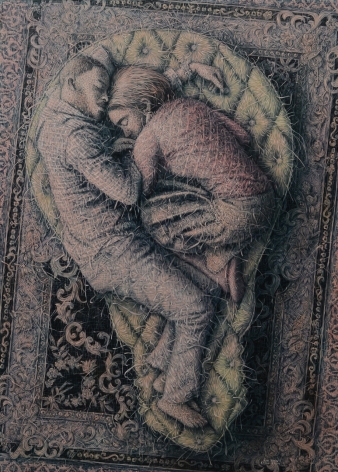 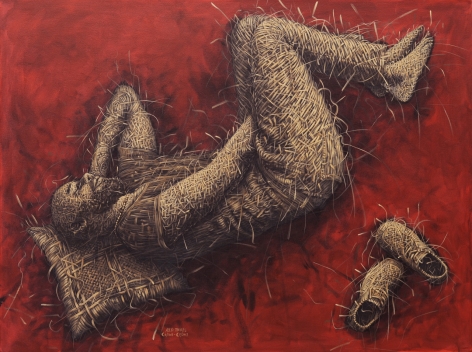 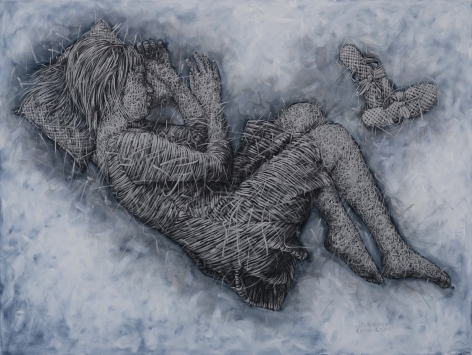 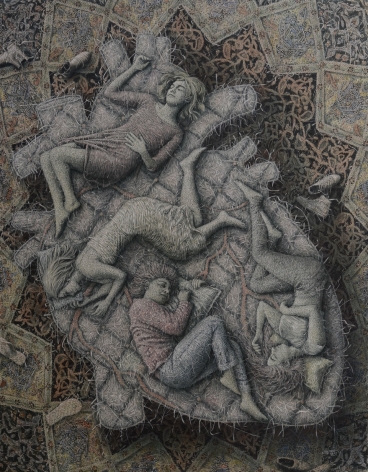 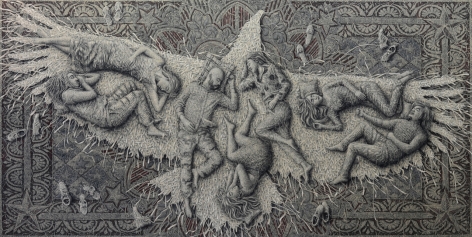 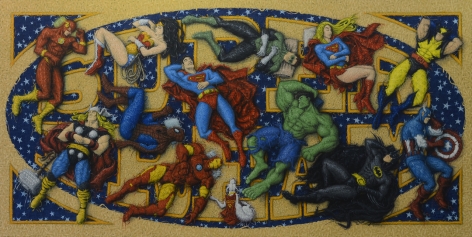 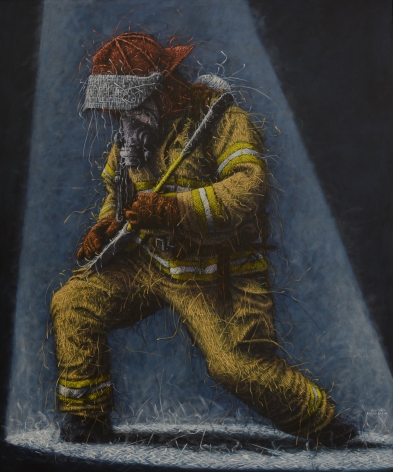 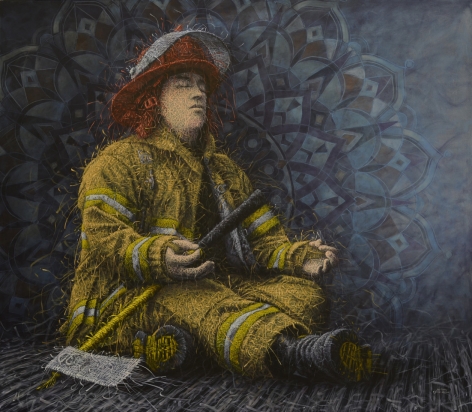 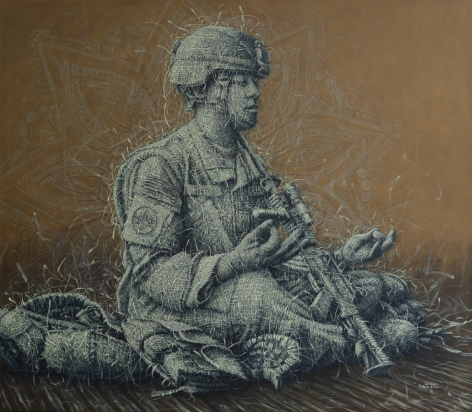 ALEXI TORRES discusses the relationship between nature and man in a contemporary context emphasizing the interconnectedness of all living things. His works are exceptionally complex; he creates a distinctive signature, intricately weaving together organic and symbolic elements to create monumental works, which challenge the viewer to see beneath the surface into the archetypal qualities of his subjects.  He seeks to initiate an urgent dialogue on the effects of human thought and behavior on the ever-changing environment. “Beauty is found in the fragility of life,” says Torres, “We must see the interconnectivity of all things and appreciate how life is always slipping through our hands.”

Torres taps into a universal collective memory and stimulates the imagination with playful themes and ironic juxtapositions relevant to the contemporary experience. His series range from portraits of ordinary people, cultural, military, and political icons to a diverse sampling of symbols from popular culture. These images are then reimagined and reconstructed employing his unique multi-layer painting technique. Inspired by the agrarian lifestyle of his friends and family, Torres plants an idea for each new work and harvests it at completion according to the lunar patterns followed by his ancestors in his native Cuba. To record this ritual, each painting is begun and finished on a waning moon and recorded with his signature on the canvas.

In 2003 the artist moved from Cuba to the United States where he maintains studios in Atlanta, GA and Costa Rica.

Of this new series entitled "New World," the artist says...

Each painting reflects an internationally popular structure/building made of a different object or group of objects, thereby changing the original meaning or use of the subject. I am using religious buildings, government buildings, banks, museums, castles, and skyscrapers. These are all structures of power, order, and social status that represent our evolving human consciousness and the traditionally established way of thinking. The new image I am presenting is a projection of how the new generations need to see these structures of power - with a fresh, joyful, fun spirit, taking away the seriousness of the subject, and playfully making them accessible and friendly.

New generations are the continuation of our evolving world; they are witnessing the fast changes in technology and daily novel discoveries of the vast universe of which we are part. These works bring a new way of seeing that is without fear, and propose a new idea more accurately with our current needs of no judgment and allowing each other to be unique. In the overvaluation of a belief, in imposing the traditional ways, we stop or make it harder for the new to flourish and make its mark in the world. “NEW WORLD” series allows the mind to replace the conventional and extend its possibility of never-ending creativity and makes us eager for the next. This is something that we all need to be aware of: the new replaces the old, life is short, and it is supposed to be fun.

No Method to Our Madness, Conde Contemporary, Coral Gables. 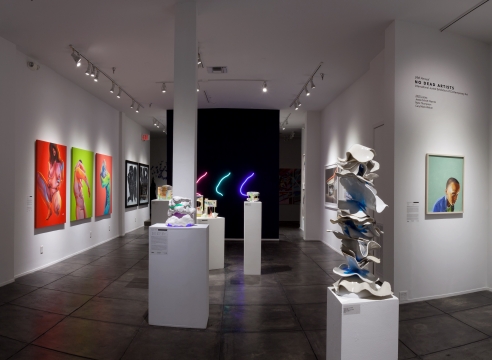