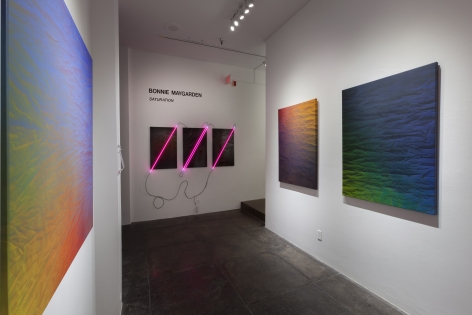 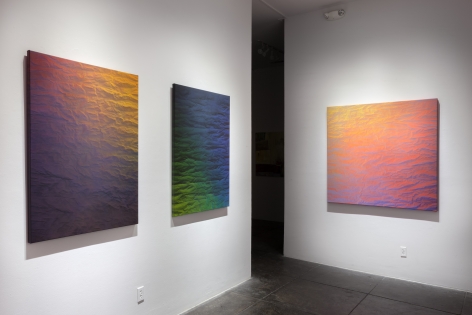 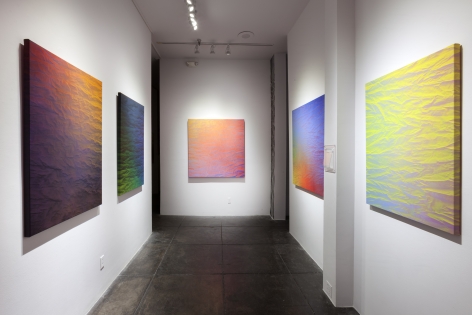 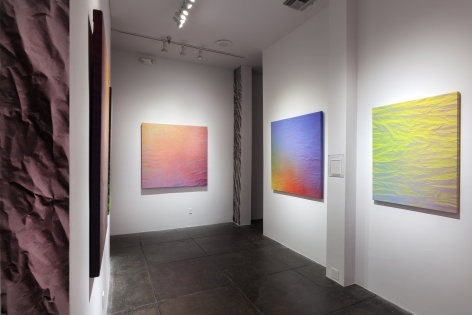 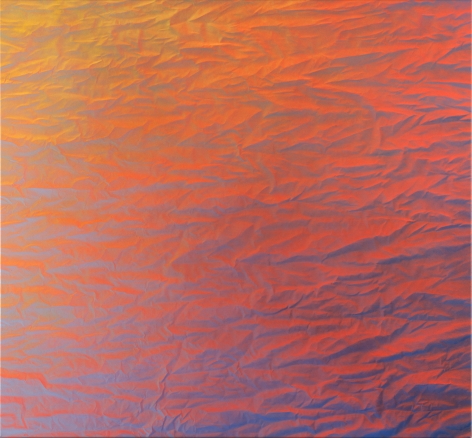 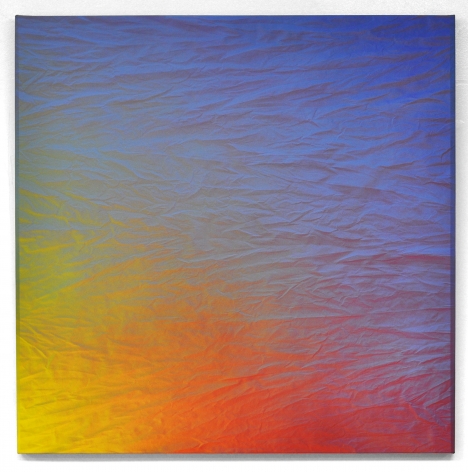 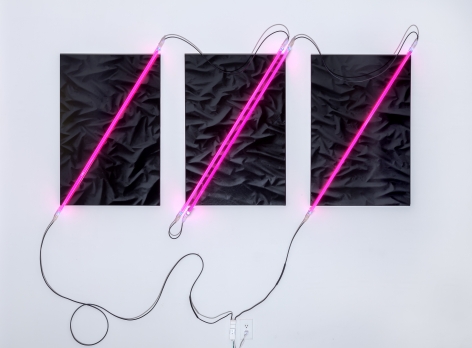 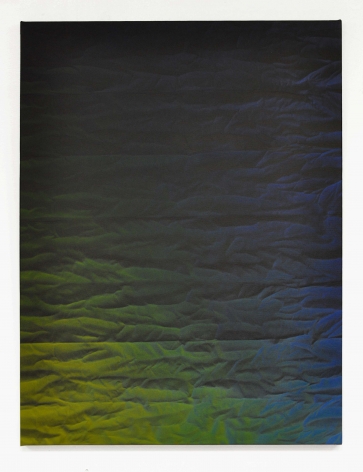 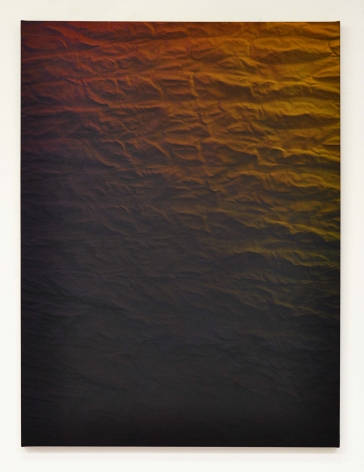 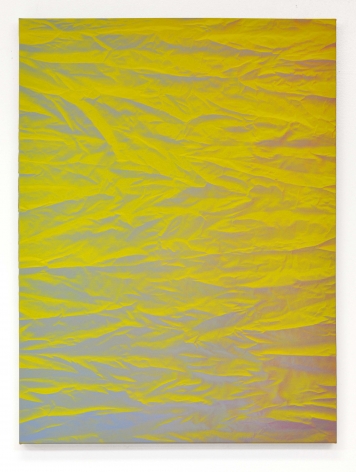 JONATHAN FERRARA GALLERY is proud to announce Saturation, an exhibition of new paintings and installations by BONNIE MAYGARDEN, on view in the centre gallery from 1 April to 28 May with First Saturday Gallery Openings on 2 April from 6-9pm and on 7 May from 6-10pm in conjunction with JAMMIN’ ON JULIA presented by the Arts District of New Orleans, sponsored by the Downtown Development District. For her second solo exhibition at the gallery, Maygarden has created eight new paintings in her characteristic style of what she refers to as her “canvas manipulation” technique. The finished work is stretched completely flat yet simulates three-dimensional quality. Additionally, the artist has also created installations composed of neon and adhesive fabric. The viewer is beckoned to inspect these seemingly photographic works from side to side and question the unknown source of the painted-image.

Maygarden discusses her most recent paintings . . .

We love to be deceived by technology. We celebrate the newest ways technology mirrors ‘real life’ with giant screens with crystal clear clarity, lifelike rendering in animation, holograms, and virtual reality. I am interested in a parallel fascination throughout the history of painting. As the practice of painting evolved we fought to create images that felt ‘real’, and later through Op Art images that used illusion to deceive the eye. Through my work I use many constructs of traditional painting, but work to reference our relationship to technology. I play with moments of deception though tromp l’oeil, reflection, and optical color mixing. This allows me to question what our expectations of contemporary images are in a post-digital world.

BONNIE MAYGARDEN is a multimedia artist who received her MFA in Studio Arts from Tulane University. The destruction of Hurricane Katrina caused her to take leave of New Orleans to further pursue art. She attended Pratt Institute in New York, where she received her Bachelor's of Fine Arts. Her work has been featured in exhibitions both nationally and internationally in various museums, galleries and alternative venues including: Université Lumière Lyons (Lyons, France), Pratt Institute, Icosahedron Gallery (New York City), East Hall Gallery (Brooklyn), SALTWORKS (Atlanta), The Front (New Orleans) and New Orleans Creative Center for the Arts where she attended high school.

She also received an honorable mention for her work in UNO Visual Arts Leagues Juried Exhibition in 2013 from Miranda Lash, Curator of Contemporary Art at the Speed Museum and former Curator of Modern and Contemporary Art at the New Orleans Museum of Art. Her work was reviewed in ArtForum and Burnaway for her inclusion in “Staring at the Sun” curated by Craig Drennan. Her paintings were also featured in New American Paintings (No. 112, June/July Issue) concurrently with her premier solo exhibition at Jonathan Ferrara Gallery entitled “Desert of the Real”. She will also be featured in the forthcoming Issue No. 124. Her work was selected for the Ogden Museum of Southern Art’s third annual LA Contemporary Juried Exhibition, juried by Jonathan P. Binstock of Citi Private Bank Art Advisory & Finance. Maygarden has been exhibited nationally at art fairs including:  Pulse New York, Miami Project for Art Basel Miami Beach, Texas Contemporary, Art Market San Francisco, and the Seattle Art Fair with an upcoming showcase at VOLTA12 Basel (Switzerland) this summer. Following Volta, her work will also be featured in EXCHANGE, an international exhibition at Galerie Jochen Hempel, Berlin. Also forthcoming, Maygarden has also been awarded a position at the Slade for the London Summer Intensive Residency Program 2016. 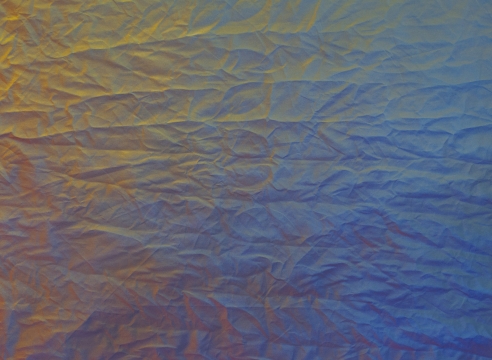