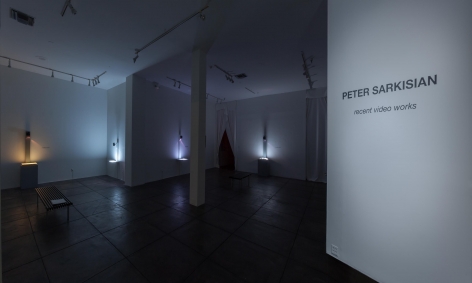 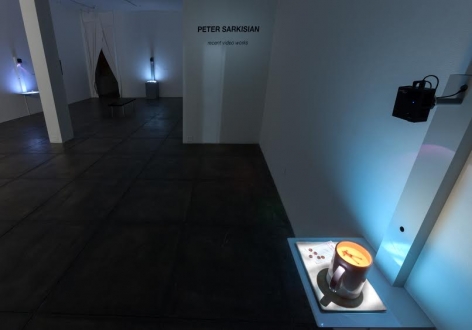 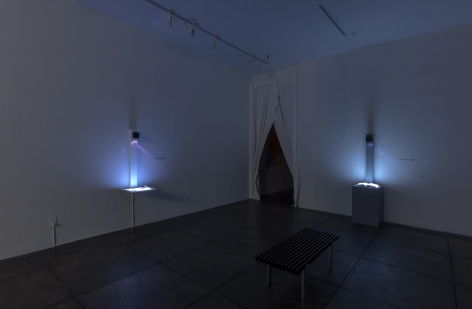 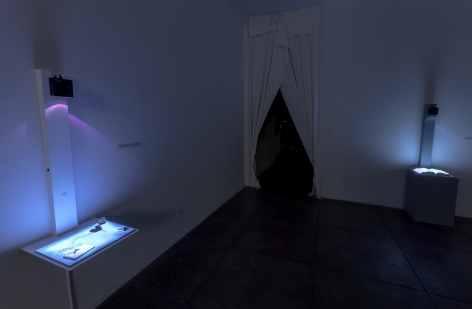 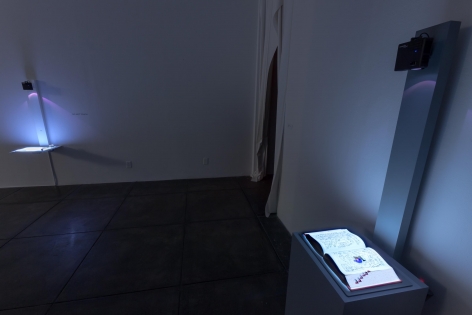 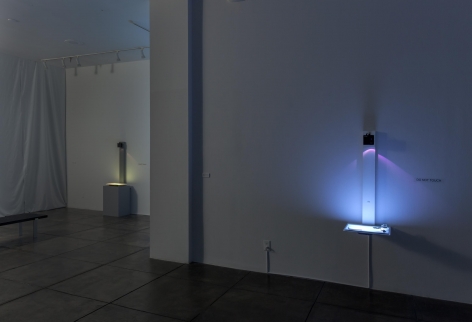 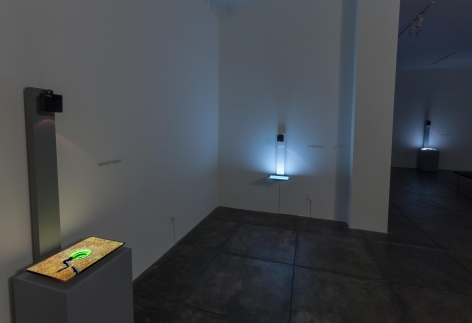 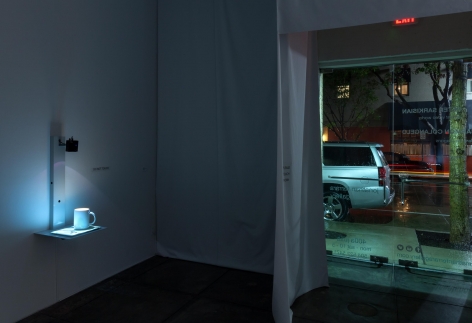 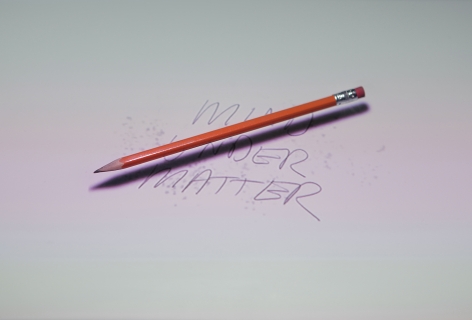 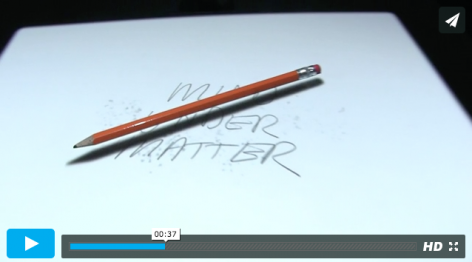 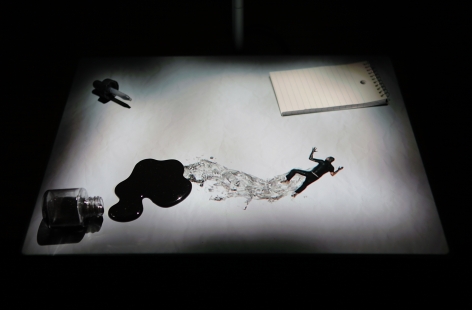 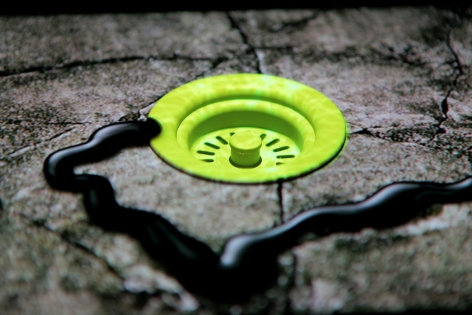 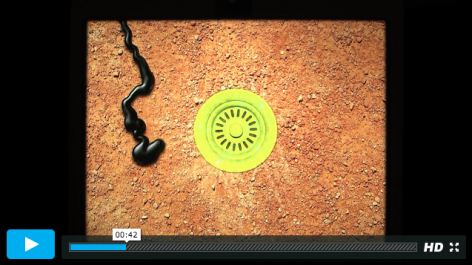 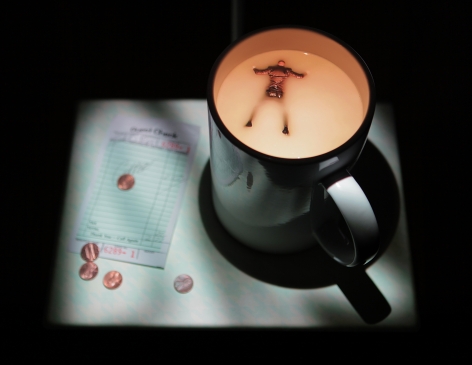 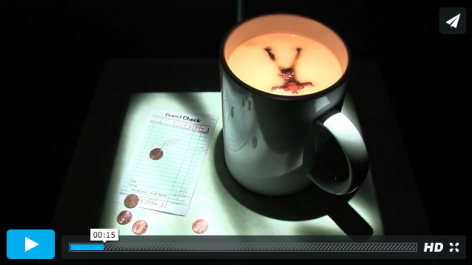 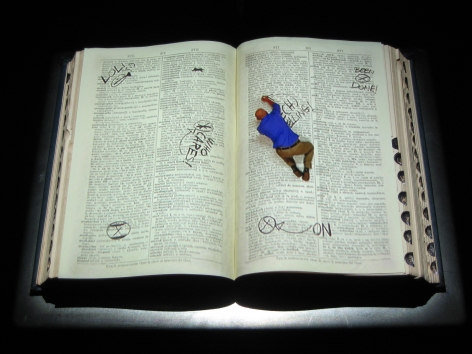 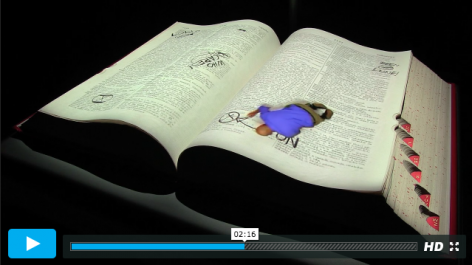 JONATHAN FERRARA GALLERY is proud to announce recent video works, an exhibition of Santa Fe-based artist Peter Sarkisian . Following his inclusion in the traveling exhibition, Guns in the Hands of Artists, Sarkisian’s first solo show at the gallery features more works in the artist’s characteristic style; which combines video projection and sculpture to create a hybrid form of multi-media installation.  Many of Sarkisian's earliest methods predate those now used in the entertainment and multi­media industries. In 2008 Mechanical Engineering magazine published a feature article on Sarkisian's work, noting his innovations: "Technology is transforming human experience and the means we use to tell our stories. Visionaries like Peter Sarkisian are addressing its challenges by using technology in new and innovative ways, as ally and tool, providing fresh experience and renewed meaning.” The exhibition will be on view in the main gallery from 5 November through 31 December 2016 with First Saturday Gallery Openings on 5 November and 3 December from 6-9pm.

Sarkisian studied photography and film at the California Institute of the Arts and the American Film Institute in the late 1980’s, and then began working with video as a sculptural element in the mid 90’s. The underlying premise of his work remains committed to using video as an instrument against commercialized media, namely television, in order to transform the act of watching video from an experience-killing endeavor to an experience-creating one. He accomplishes this by joining sculptural elements with projected video imagery to create audio/visual illusions that trap the viewer between conflicting interpretations, thereby forcing a state of self-awareness that is otherwise absent while watching television.

Sarkisian was among an early group of artists to project video images against non-planar viewing surfaces, a technique he helped develop in the 1990's by digitally augmenting the spatial characteristics of projected images to match physical surfaces of varying shape and angular orientation. Since then Sarkisian has pushed the state of his art in an effort to discover new and exciting techniques, often incorporating cutting edge technology such as 3D CNC, vacuum forming and 3D printing into his creative process.

An early practitioner of digital image mapping techniques, Sarkisian’s work is grounded in the idea that video, in it’s ubiquitous and most popular form, is an experientially void medium, and that by depriving ourselves of experience in favor of information-based images, we have become unable to grasp the meaning of consequence or to coexist with mutual understanding. His installations therefore attempt to steer the world’s most influential medium back on a collision course with the viewer in order to reintroduce an element of experience to the viewing process.

If the filmmaker’s traditional goal is to distract viewers through the suspension of self-awareness, then Sarkisian’s goal is to create a sense of heightened self-awareness by engaging the viewer in constructed environments that blur the line between what is real and what is mediated.

Named a Master Video Artist in 2007 by the National Endowment for the Arts (NEA), Sarkisian has exhibited widely throughout the world in major museums and public venues, including the Whitney Museum of American Art, Musée Picasso (Paris), the Hammer Museum of Art, the Albright-Knox Art Gallery and the San Francisco Museum of Modern Art. Sarkisian's work has been featured in many international exhibitions and festivals, including the Istanbul Biennial in Turkey, the Vidarte Festival in Mexico City, the Whitney Biennial in New York, and the Edinburgh Festival in Scotland. 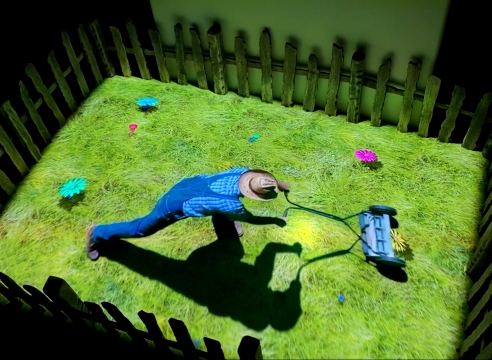