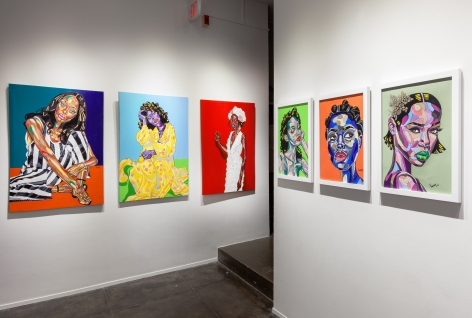 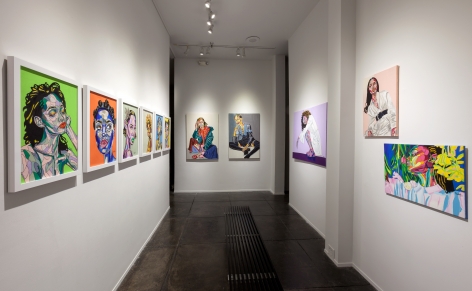 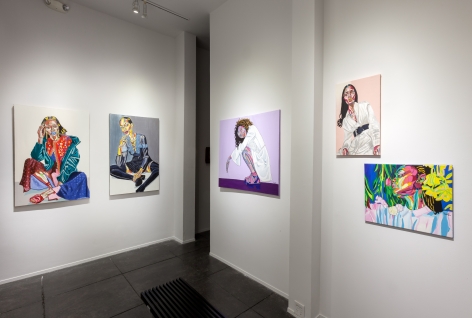 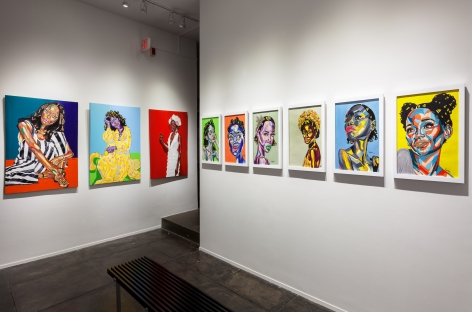 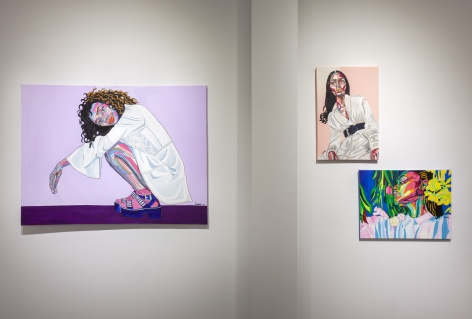 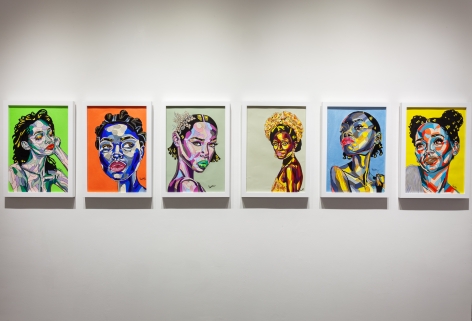 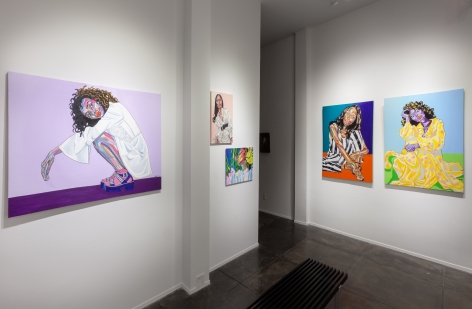 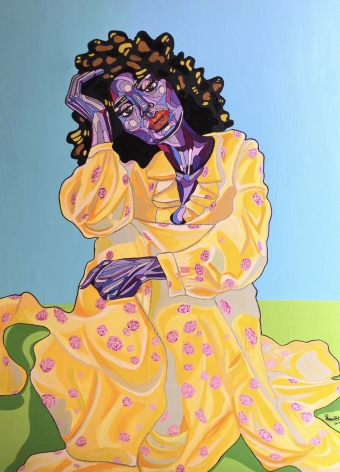 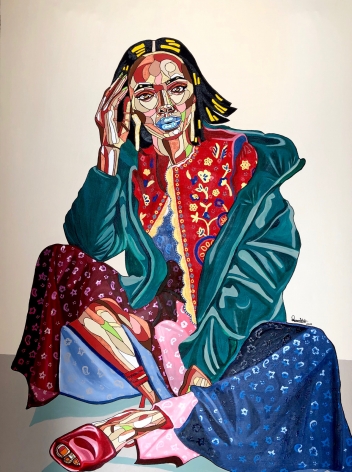 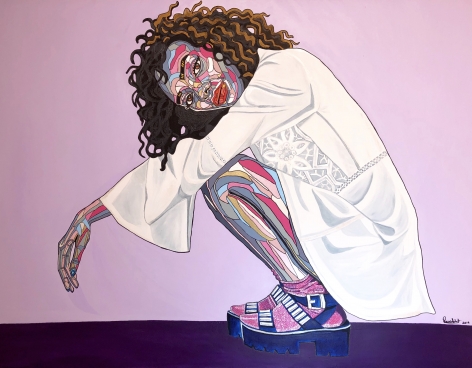 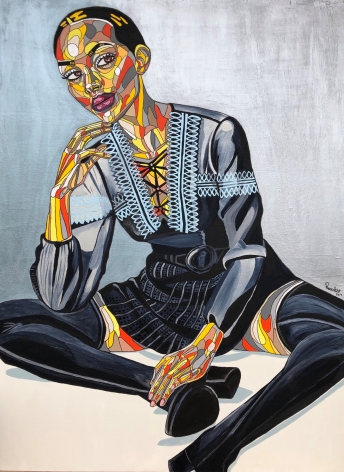 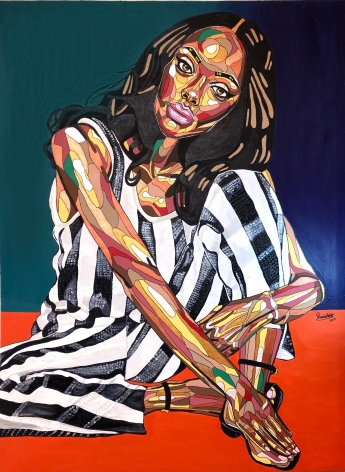 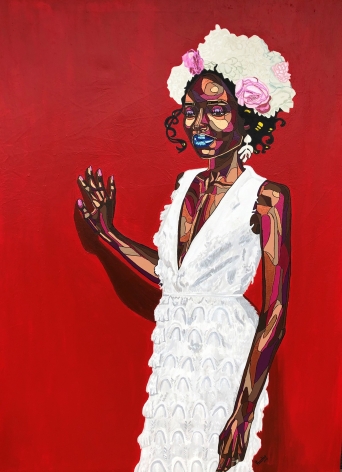 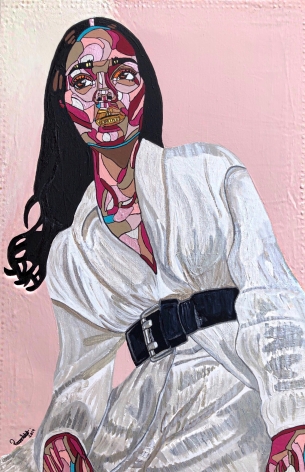 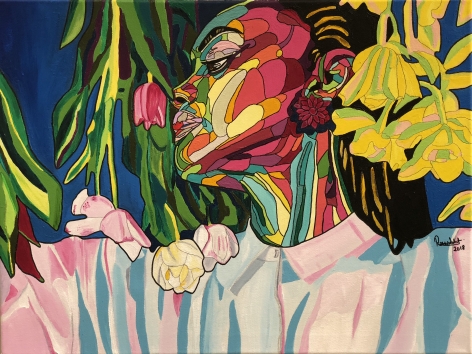 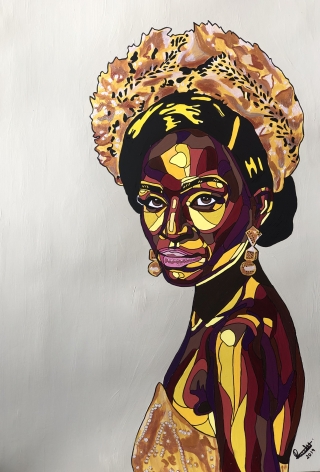 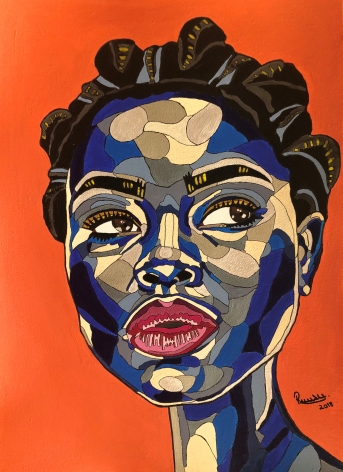 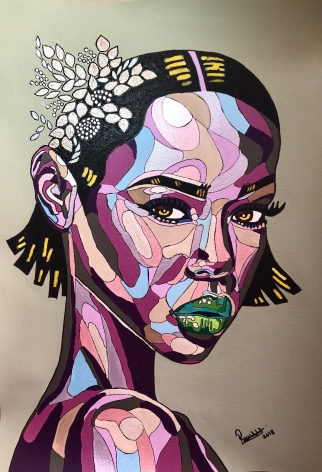 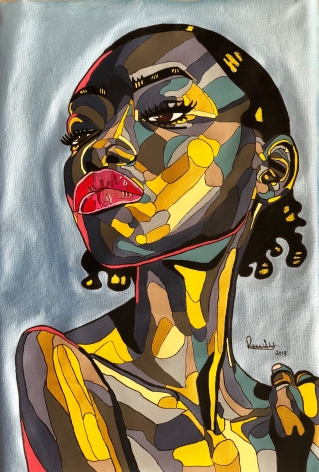 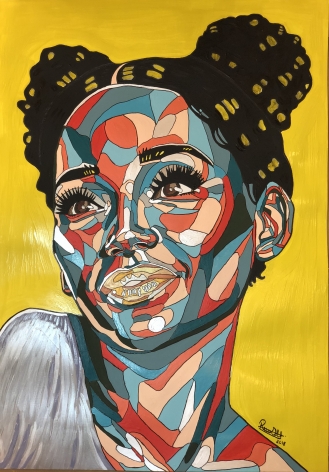 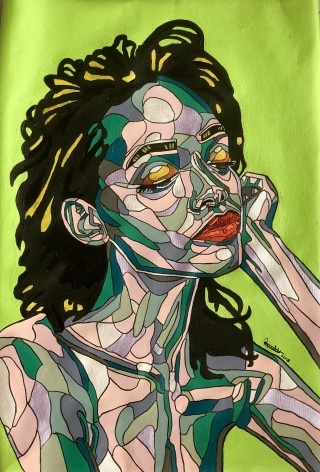 17 April 2019 (New Orleans, LA) JONATHAN FERRARA GALLERY is pleased to announce Nwa Agbo: Entering Adolescence, the first solo exhibition by REWA, a Nigerian artist and 2018 NO DEAD ARTISTS International Juried Exhibition finalist.  REWA labels her art as Igbo Vernacular Art, which she considers to exist outside of formal academic or Western dialogue. Nwa Agbo is deeply anchored to and intricately bound to the Igbo culture and people of Nigeria. The exhibition will be on view from 17 April to 23 May 2019 and an opening reception will be held on Saturday 4 May from 6 to 11 pm in conjunction with Arts District New Orleans' (ADNO) annual Jammin' on Julia arts and culture festival.

The artist expands on the inspiration for her art...

In keeping with my self-labeling of Igbo Vernacular Art, the women that comprise Nwa Agbo: Entering Adolescence are anchored to a particular land, and are situated in a location and a history: the Onitsha people of Igboland.

In Igboland, there is a seasonality of women’s power and authority, specific phases during a woman’s lifespan can be identified in which female power is either immaterial or elevated. Thus, an Igbo woman’s life can be said to be divided into the following four seasons: the Nwata (childhood) season, the Nwa Agbo (adolescence) season, the Okenye (adult) season and finally, the Agadi (autumnal) season. Traditionally, it is only when a woman enters the Agadi season that she becomes an elder or is given the revered title of “honorary man” and she receives all the rights and reputations that are accorded to that station.

In focusing on the Nwa Agbo: Entering Adolescence season, the vivid and commanding representations of these young women, on both the allusive and interpretative planes, merit equal attention, since both aim to overturn the misogynistic placement of woman in the patriarchal Igbo culture. The women of Nwa Agbo: Entering Adolescence do not need the title of “honorary man” to be seen or heard. They are formidable in their various manifestations of EKE, the sacred python of Igboland, as EZE NWANYI, queen of all women, as JI, the yam tuber, the celebrated king of all crops in Igboland.

There is an Igbo maxim which states, “Mma nwanyi bu akwa; mma nwoke bu ego”. This translates to “the beauty of a woman is in her attire; the beauty of a man is in his money.” It is time we expand our thinking to cultivate the roles of women in society beyond the commonly defined and restrictive parameters of physical and superficial attributes. It is time we accepted that in putting the restrictions of seasonality and gender bias aside, one and all are JI.

REWA was born and raised between Nigeria and England and received a BSc in Physiology and Pharmacology from University College London (UCL). She previously worked as the Head of Corporate Development and Investor Relations for a Johannesburg Stock Exchange (JSE) listed company. Prior to this, she was the Specialty Insurance Executive for Old Mutual West Africa and a Management Consultant at Accenture (UK).

Never having received formal art training, she is self-taught and developed her innate talent from a very early age. Growing up, her father encouraged her creative drive, his expansive art collection from West Africa, providing further impetus for her development. Her formal training as a physiologist / pharmacologist at UCL also prepared her for what has become an exciting journey; she learned to observe in greater detail and to seek deeper meaning.

She knew a few truths about what ignited a frenzy - when going for long stretches creating art with a particular song or artist playing on a continuous loop - but still sought a clear “artistic direction". She finds that her spirit is moved by what she refers to as "depicted sentience" and through the celebration of the female form and bright, vivid colours. Her preferred medium of acrylics and watercolours on cartridge paper provides the immediacy, proximity and transparency to express her most personal experiences and influences living between Lagos, London and Johannesburg, cities she considers home.

REWA decided to pursue art as a form of catharsis following a nadir. She created her first 14-piece body of work, The Pantheon, celebrating Nigerian deities which was very well received and led to her appointment as ReLe Gallery’s 2017 Young Contemporary in Lagos, Nigeria. In this same year, the prestigious Gallery of African Art (GAFRA) in Mayfair, London invited REWA to participate in a joint exhibition, Her Story: Sisterhood That Transcends, alongside a acclaimed Dutch photographer, Dagmar van Weeghel. Her collection, Onicha Ado N’Idu delved into the significance of naming rites and traditions within the Igbo culture in Nigeria – how the names shape the identity of the individuals they are bestowed upon.

REWA'S work was featured at the Museum of Contemporary African Diasporan Arts (MoCADA) in Brooklyn, New York as part of MoCADA’s annual 2017 gala. Most recently, she participated in the Jonathan Ferrara Gallery’s No Dead Artists 22nd Annual show in New Orleans, USA. 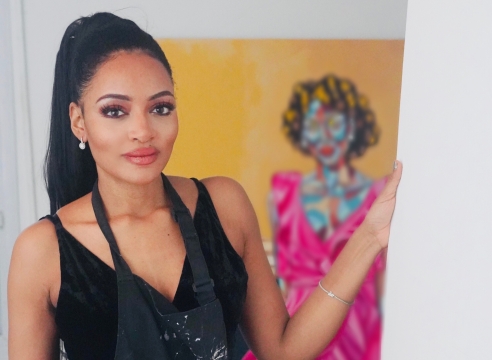