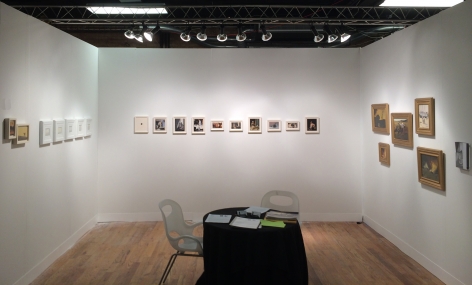 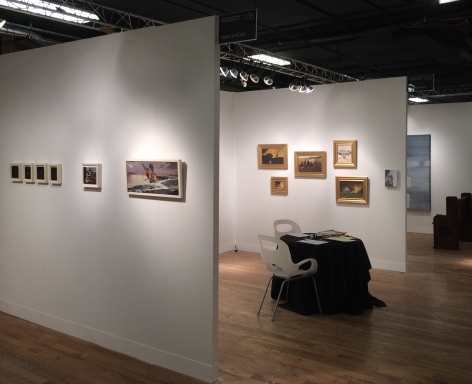 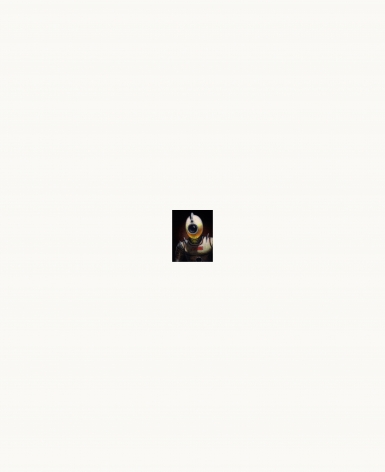 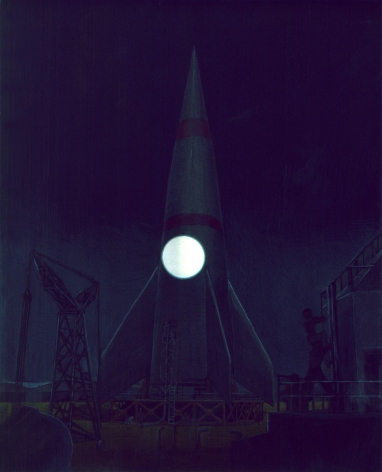 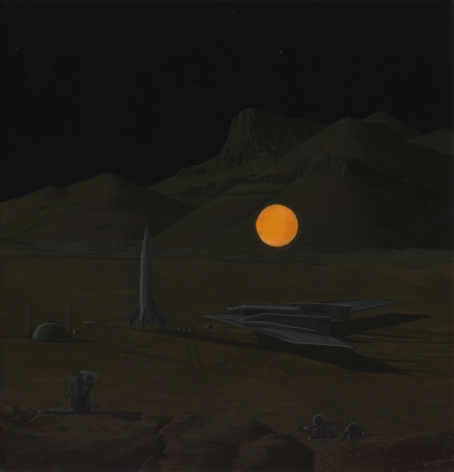 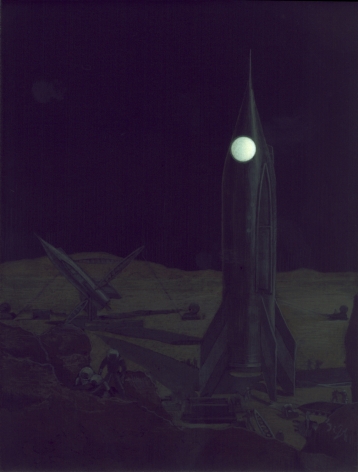 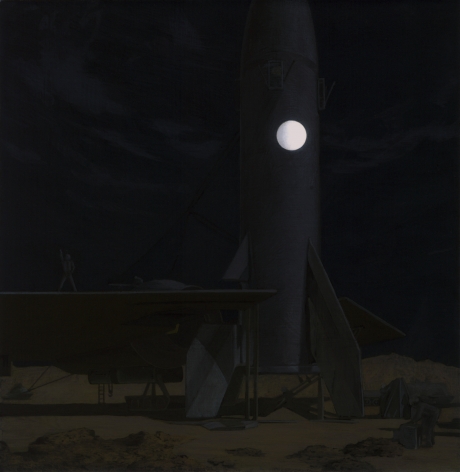 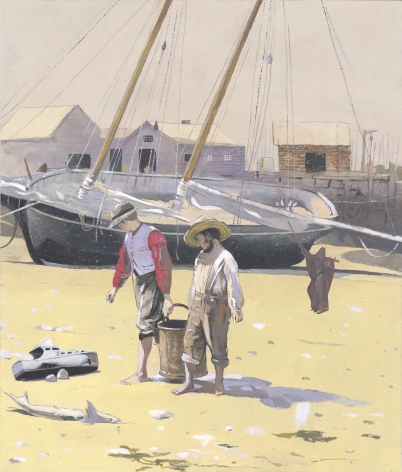 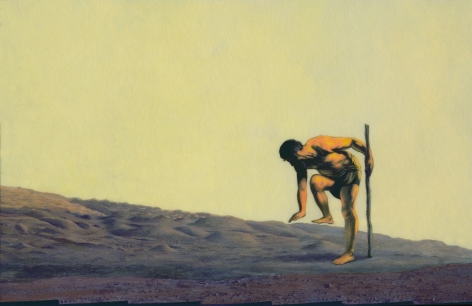 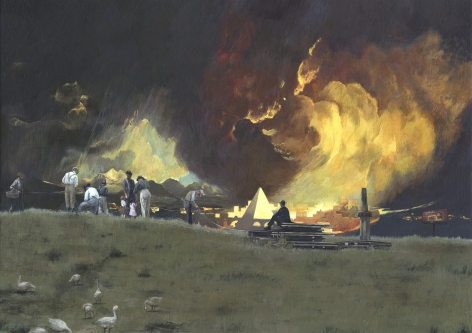 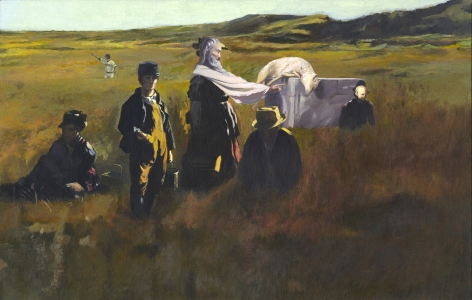 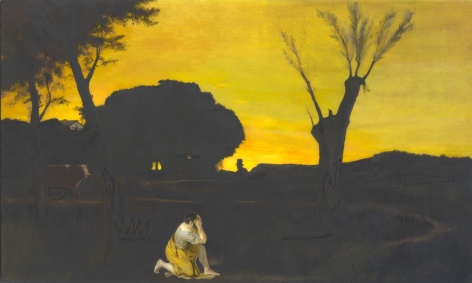 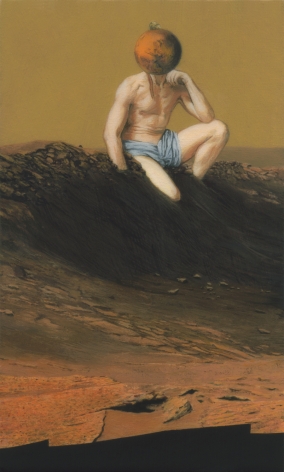 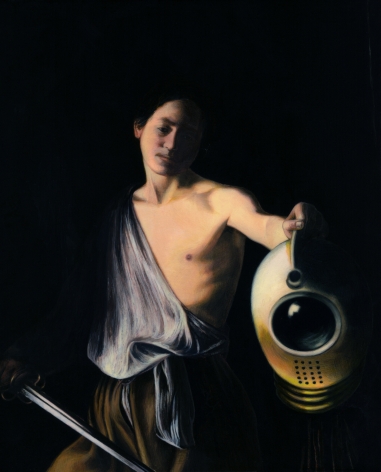 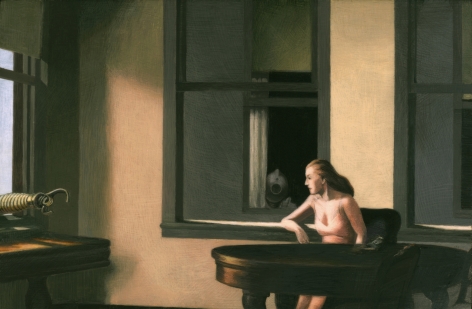 JONATHAN FERRARA GALLERY is proud to announce the gallery’s participation at the upcoming VOLTA NY Art Fair in booth 1.06, in conjunction with The Armory Show in New York City. JFG will be presenting a new suite of paintings entitled, The Jetsam, by artist ADAM MYSOCK. VOLTA NY will be open from 6 – 9 March, 2014, with a VIP Preview on Thursday 6 March, 11am - 5pm.

Mysock says of the latest suite of work:

We measure time by observing the evolution of the technologies around us.

We’ve done so for generations.  Think the Stone Age.  The Bronze Age.  The Atomic Age.

But in our lifetime, the rate of technological development has accelerated so rapidly that the periods of cultural growth we describe via innovations are getting exponentially shorter.  Our lives no longer take place within a distinct “age” — we’re progressing through multiple eras within a single decade, sometimes every few years.

No matter the pace — however — our route through these mechanized milestones is bound to generate casualties – discarded contraptions – abandoned, left to intermingle with memories in the backdrops of our past.  It’s the ghosts of those devices, our interactions with them, and the shared historical contexts that populate my newest work.

The paintings, viewed one-by-one, encourage an examination into the causes, actualities, or consequences of disregarding the momentous correlation between progress and its artifacts.  Perhaps more importantly though, when viewed as a suite — in which we watch Ed Valigursky’s archetypal robot confronting key moments of a particularly human existence — the series of images offers a more comprehensive occasion to challenge the perspective from which we experience both time and its markers.

ADAM MYSOCK was born in Cincinnati, Ohio in 1983. Mysock earned a Bachelor of Fine Arts degree in Painting and Art History by 2004 from Tulane University. He then received an MFA from Southern Illinois University at Carbondale. Mysock's work has been exhibited nationwide as well internationally and is in private collections across the US and Europe, including those of Thomas Coleman, Michael Wilkinson and the SØR Rusche Collection in Berlin. He was the 2009 jury winner in the annual No Dead Artists juried exhibition. In August 2012, he was awarded first prize “Best in Show” in the Ogden Museum’s Louisiana Contemporary Annual Juried Exhibition. Mysock exhibited at Pulse Miami Art Fair in December 2012 and Texas Contemporary Art Fair in October 2013 with Jonathan Ferrara Gallery, and was selected for the 2013 Southern Edition of New American Paintings. In 2013, Mysock was exhibited in a solo project booth at the VOLTA9 Art Fair in Basel, Switzerland and an upcoming exhibition is planned in Munich in the fall of 2014.

The artist says of his overarching theme:

I’m a revisionist history painter.  Rather than rewrite the narrative of the past to justify an ideology, I repaint yesterday’s imagery in order to rationalize our present circumstances. Mysock says of his work, “Telling stories is a part of human nature; it’s how we relate to one another.  The stories we have in common help us create sincere connections to our neighbors and our surroundings.  What’s more, storytelling – for better or worse – typically involves hyperbole.

As a painter, I’m preoccupied by the undeniable role that the image plays in creating this acceptance of the fictional.  A painting has the authority to make the intangible concrete, and a series of them has the ability to authenticate a fabrication in our collective memory.

I typically start with preexisting images, artifacts from this collective remembrance.  I look for images that shape my pictorial consciousness, that are hard to question because when I first saw them they were presented as the truth.   They have to capture my imagination and they have to feel largely descriptive of a greater story.  From them, I’m given my task – I have to “disrepair” them.  I have to consolidate an earlier world of historical and cultural visual-fact with an evolving understanding of subtlety and gradation.  I find that the discrepancies I discover between the absolute and the nuanced inspire me most.

The resultant work is largely about storytelling, the ownership and authorship of our culture’s visual narratives, and the parallels between those tales.  It’s meant to challenge the truth of “source” and the source of truth. 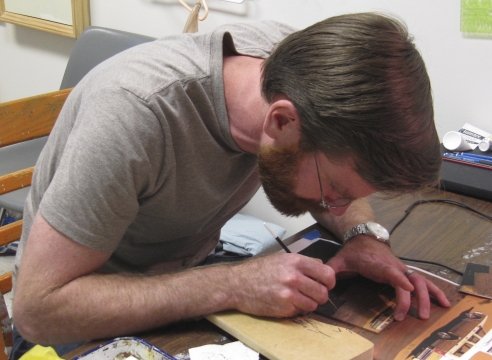