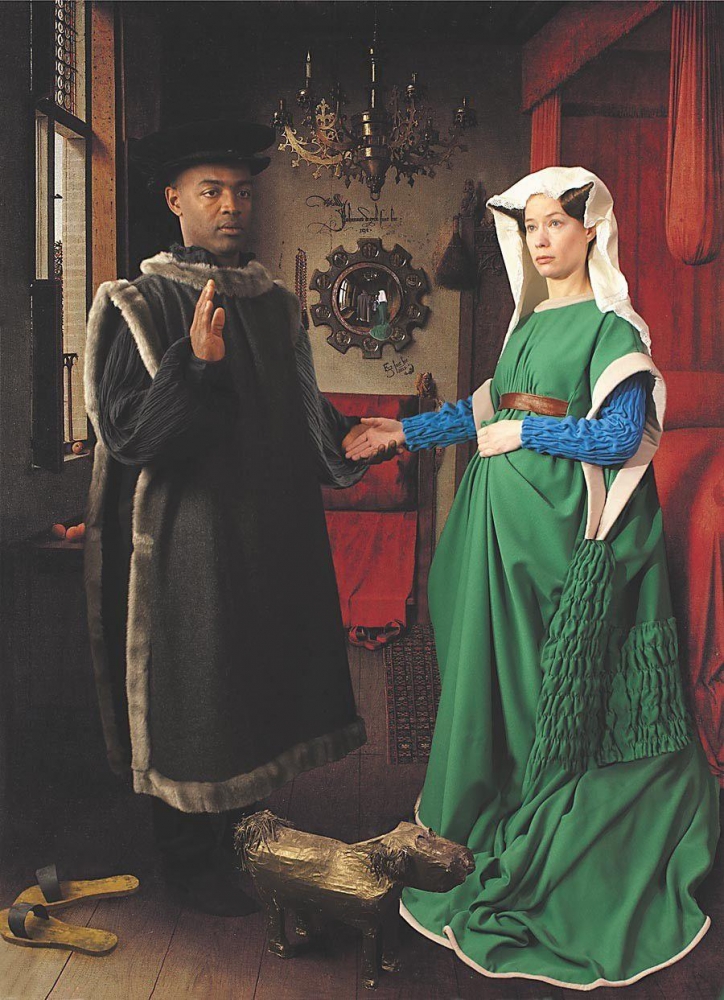 Artists' studios have long inspired a certain fascination among the general population, as well as other artists. Like historic house tours, they often are organized into a kind of pilgrimage, but unlike the work spaces of writers or musicians, art studios tell us much about a visual artist's creative process and can be very personal, even psychological. Tina Freeman's photograph of George Dureau's studio (pictured), is both poetic and poignant. Gorgeously cluttered with symbolic, if often prosaic, objects that in his hands became magical, it no longer exists because Dureau, 82, is in a nursing facility. Ersy's studio similarly resembles a workshop where elves assemble magical dreams, and proto-postmodernist Robert Tannen's repurposed manufactured objects and natural forms take over his living and work spaces like mushrooms after a rain. Freeman's photographs are lovingly crafted art objects that also contribute to our community's collective memory.

Elizabeth Kleinveld and Epaul Julien's photographic versions of paintings from art history reflect their concerns about ethnic stereotyping seen in some news reports after Hurricane Katrina, but they lend themselves to a variety of interpretations. Here all races and orientations are reflected in remakes of European masterpieces — including Manet's The Luncheon on the Grass, David's The Death of Marat and Velazquez's Venus at Her Mirror —in images that avoid trite multicultural moralizing by being so beautifully and wittily crafted that they invite us to see the world anew, without the stereotypical expectations that often attend notions of race, gender or ethnicity — concepts already put through the Creole blender that is Julien and Kleinveld's native New Orleans.

Other mind-bending works in this year's PhotoNOLA expos include Wallace Merritt's meditative views of Paris made even more timeless by the absence of people or automobiles, being shown at Cole Pratt Gallery, and Brooke Shaden's buoyantly otherworldly series of female figures seemingly transported into a realm of daydreams made real, which is on display at Soren Christensen Gallery