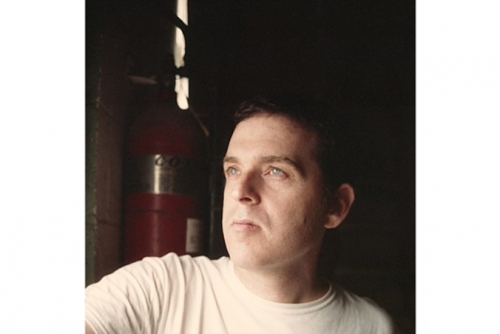 Skylar Fein became a card-carrying member of the Socialist Party before he turned twelve, then encountered a mountaintop mystic in Switzerland during his prep-school days, became disillusioned with communism during a stay in the U.S.S.R., tried out hedonism for a while in San Francisco, lived sans papiers in Paris—and, after landing on a small island near Seattle during a sailing trip, stayed for two years and worked as the local baker. But it was at the age of 37 that he made what was arguably his most transformative move—to New Orleans, only six weeks before Katrina. The destruction following the hurricane led him to launch an artistic career that took off in 2008 with his installation "Remember the UpStairs Lounge," a detailed reconstruction—using salvaged items, as well as new "artifacts" created by Fein—of a gay bar destroyed in a 1973 arson fire in the city, killing many of the patrons. W caught up with Fein on the eve of his newest exhibition at C24 Gallery.

Do you think your circuitous path to making art has made you a stronger artist?

If had I tried to make art when I was 23, it would have been a disaster. It's really hard to make mature work when you yourself aren't mature. When I finally did start making art six or seven years ago, it came out in a flood—and what came out was relatively well-cooked. I think that the best thing I ever did was not make art for 20 years.

How do you feel about being referred to as a "self-taught artist"?

I'm neither proud nor ashamed of it. It's accurate. There are certainly a lot of great artists who have gone to art school, but I don't think that art school makes you into a great artist.

Does that designation allow you to set your own rules—to maybe be more political than you otherwise could?

Definitely. I have no idea what I'm doing—and it's wonderful. I don't know what you're not supposed to do, so I'm constantly breaking the rules. Recently I had a woman look at me—I was taking something from history and changing it a little bit and presenting it as if it were true—and almost shriek and say, "You can't do that!" It just infuriated her. When I did my installation about a fire in a gay bar in New Orleans that was burned down with everybody inside, I simply told the story—I didn't make anything up—and they said, "You're not allowed to tell a story." That's a big taboo in the art world. No short stories, whether true or false. I don't know why—maybe it seems juvenile, somehow. Maybe it's childlike. Unsophisticated. I'm really lucky that I just didn't know any better.

Why your fascination with history, and with politicizing historical events?

They were political to begin with. I've gone back a bit and read about early Modernism—Malevich painting black squares and so on. What was he up to? He was a revolutionary trying overthrow the propaganda of a regime. For thousands of years, art was content to serve power with paintings of kings and queens, clergy, etc. It flattered power—that was almost its only role. And guys like Malevich recognized that, and they said, "We're going to overthrow the propaganda of this regime. We're going to kill painting." When these paintings are shown now, politics is completely stripped out—it gets presented in art school as a kind of aesthetic. But it was political to begin with.

In your artist's statement for the new exhibition, you write, speaking of Samuel Beckett, "In our current climate of a visual art eviscerated of any moral force and clarity, I take what courage I can from his pitiless unapology." Can you expand upon this?

If you make political art now, you get scolded for it by people at art fairs and by critics. It's, "Oh, his work wears its heart on its sleeve." There's this whole vocabulary of denigrating that kind of work and punishing artists for doing it, and I find it so inspiring to look at this other generation of artists—Beckett was one—who never bother to apologize.

Your new exhibition runs the gamut from Beckett to relics from the California punk scene.

You could say there's a through line—a kind of spirit of revolt. It's what AndrÃ© Breton was talking about when he said: "We put all confidence in the spirit of revolt on which everything of value is based."

In reproducing some artifacts and "inventing" others you are, in effect, creating a new narrative. How do you get into the characters and the places?

I read some of the biographies of Beckett to find out what he was doing during World War II, and it's funny—even the biographers don't know. He was going back and forth to the Irish consulate in Vichy to send these telegrams, but who was he sending telegrams to—and who was he getting telegrams from? We'll never know. It's fascinating how little is known. And if you love stories, your mind tries to fill that in. It's fascinating to me.