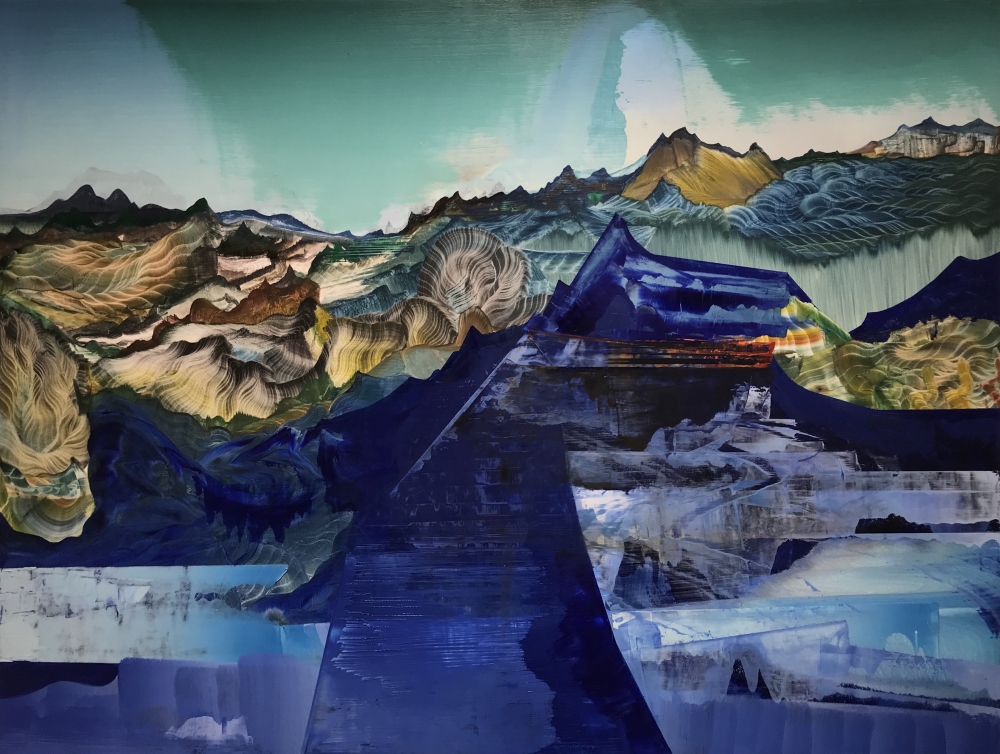 Hiroyuki Hamada, an artist who lives in East Hampton, was inspired to return as a curator to the Arts Center at Duck Creek in Springs after having his own exhibition there last summer.

"I was thinking about what kind of things would be nice in the space," he said. "I felt the work should have internal structure and a solid presence, because the space has its own character, and the work should assert itself and harmonize with the space."

The results can be seen when "Three Painters at Duck Creek," an exhibition of works by Elliott Green, Eric Banks, and Sean Sullivan, opens there on Saturday. It will remain on view through Aug. 30.

Mr. Hamada didn’t know it when he chose the three artists, but all three live within 45 minutes of each other in the Hudson Valley. That was an interesting coincidence, but more important was that "they all rely on an intuitive process, one thing leads to another, and the process itself becomes the structure of the piece. All three also use color effectively. Their common ground is the process and the colors."

Mr. Green had been painting abstractly until spending a year in Rome in 2012. "A remarkable thing happened," he told Mr. Hamada in an interview. "The density and compression of the paintings I had been making expanded outward when that information was transposed into the landscape format, into perspective: That was like an explosion."

His paintings evoke landscapes, but ones whose features, such as mountains, vistas, and foaming rivers, dissolve into pure gesture, distorting the perspective. An Artforum magazine review by Zachary Fine likened the works to the "scraped and streaked abstractions of Gerhard Richter or Whitten . . . but Green’s are distinctive."