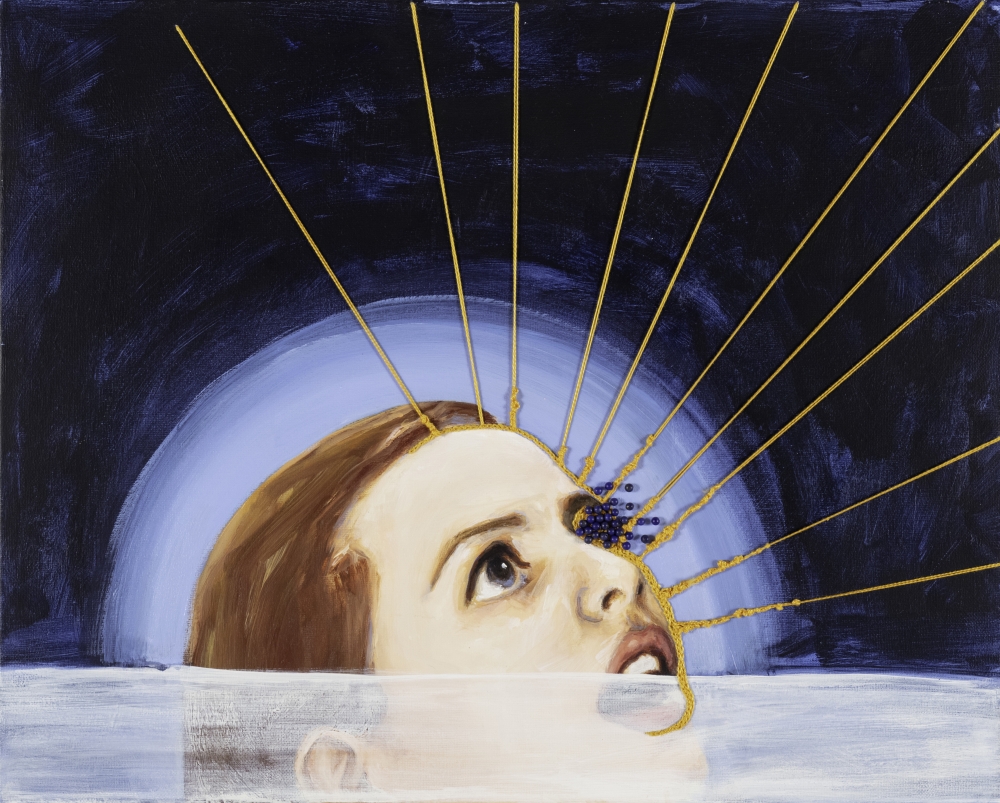 Appropriation of a Masterpiece, Spray paint on laser cut wood on birch panel

Don’t Catch You Slippin’ Up, Acrylic and spray paint on laser cut wood mounted to panel

With support from The Helis Foundation, Ogden Museum honors these four artists who highlight some of the most provocative and compelling works in the exhibition. The four awards come with cash prizes and special recognition at the Museum. Wendo Brunoir, the recipient of the lead award, The Helis Foundation Art Prize, will receive the unrestricted amount of $5,000.

For the 2020 edition, Morales was attuned to artists and artworks that are actively engaging with this particular moment in American history, through different media and stylistic and technical approaches.

“I felt immeasurably honored to have been invited to jury the prestigious Louisiana Contemporary in this year of years,” says Morales. “Beyond purely aesthetic criteria, many of the selected works seem to have deeply absorbed the power and intensity of the current moment, while providing insight into Louisiana’s incredibly rich, multifaceted culture. Through this combination, a lucid picture emerges of how this exceedingly unique context has experienced the tragedies and turmoil that have accompanied the pandemic, and how profoundly and passionately it has internalized the struggle for justice and reform. As a whole, the works embody art’s unique ability to help us understand and process realities that we might otherwise be unable to grasp, much less express and discuss in a constructive manner.”

The full roster of 2020 artists includes:

“Since its launch in 2012, Louisiana Contemporary has presented 729 works by 450 artists, and has provided an important platform for experiencing the depth and diversity of work being produced by Louisiana artists,” says William Pittman Andrews, Executive Director of Ogden Museum. “We are continuously inspired by the visions and innovations of the featured artists, whose work engages with formal and conceptual dialogues within contemporary practice, as well as with some of the most pressing social and political issues of our time. We are grateful to The Helis Foundation for their ongoing support for this initiative and to the artists who continue to challenge and compel us in new and exciting ways.”