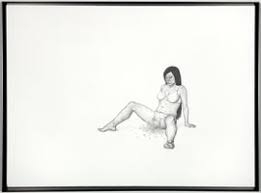 The Lafitte Corridor is a block-wide swath of land stretching from Basin Street to Carrolton Avenue. Before Hurricane Katrina, it was a veritable wasteland. It was littered with empty lots, dilapidated houses, defunct railroad lines, and abandoned businesses. It was an eyesore and a crime haven.

After Katrina, a group of visionaries set out to transform that wasteland. They wanted to create a linear park connecting The French Quarter, Treme, Midcity and Lakeview. They were working on the Field of Dreams premise, “If you build it, they will come.”

Ten years later, the Lafitte Greenway is now pulsing with life. There are bicycle paths, playgrounds, volleyball courts, outdoor exercise equipment, and fields of beautiful wildflowers. There are new business including breweries, restaurants, coffee shops and bars, and there is a variety of affordable and safe housing options. And, there are plenty of creative spaces for artists like Monica Zeringue.

Monica’s studio has high ceilings, large windows, and wood floors that don’t mind spilt paint. According to Monica, “My studio has a great creative energy. The building is a large, old warehouse with numerous studios for artists, musicians, carpenters, and small businesses. I’m in the corner with the carpenters. It’s a little dusty, but the guys are great and my dog loves them. At night, I can hear music drifting from the bands’ practice spaces, so creativity is literally in the air. The building is right off the Lafitte Greenway, and I ride my bike when the weather is nice.”

When I was in her studio, Monica was working on a series of paintings inspired by high-resolution NASA photographs of the moon. The paintings were magnificent – and, they were created in an area that was once almost as barren as a lunar landscape.