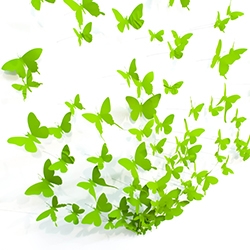 The Taubman Museum of Art is pleased to present two major projects by New York-based sculptor Paul Villinski (American, born 1960), an artist known for his site-specific installations and transformative use of found materials: the large-scale sculpture titled Passage and the solo retrospective Farther, highlighting several new works made specifically for the Taubman Museum of Art.

“Undercurrents of loss and rebirth are present in much of Villinski's work,” said Amy Moorefield, the Museum’s deputy director of exhibitions and collections. “Creating work with materials harvested from found sources, the artist evokes magic and wonder for our visitors.”

Passage, suspended in the Museum’s three-story atrium, is a wooden glider reminiscent of the balsawood gliders of the artist’s youth, but scaled up to a wingspan of 33 feet and inhabited by 1,000 black butterflies.

Modeled after the 1950’s Slingsby Skylark Glider made in Yorkshire, England, Passage is inspired by Villinski’s desire to fly as a boy. The son of an Air Force navigator and Vietnam veteran, Villinski has been fascinated with flight since he was a boy. Much of his childhood was spent incessantly reading histories of flight while building and crashing balsawood airplane models and staring longingly at the sky.

In his 30’s, he became a passionate pilot of sailplanes, paragliders and single-engine airplanes. For the artist, flight connotes mankind’s desire to leave our earthly concerns behind.

“Now and then, I have the extraordinary luck to spend a few hours floating along on currents of warm air, the earth’s surface slipping silently by, the mundane anxieties of daily life thousands of feet below the long, white wings of my glider,” said Villinski. “Back in the studio, I wish I could bring everyone I’ve ever met along in the tiny cockpit of my sailplane.”

In addition to flight, butterflies have a special significance for Villinski as they globally symbolize transformation and rebirth.

The butterflies are made from discarded aluminum cans collected from the streets of New York, which are then meticously cut and shaped by hand to represent more than fifty species of Lepidoptera, the order of than 112,000 species worldwide of butterflies and moths.

Circling the fuselage, wings and tail of Passage, the butterflies appear to assist in the levitation of the glider while also being emblematic of hope and liberation.

Paul Villinski: Farther surveys developments in Villinski's practice over the past decade, as well as publicly debuts multiple new works direct from the artist's New York studio. In this first major solo retrospective of his work, Villinski’s sculptures and installations engage with subjects both sublime and neglected.

Influenced by a life-long concern for environmental issues, his work transforms seemingly useless and discarded materials -- often trash found on the streets of New York City -- into uplifting and humanizing works of art.

Flocks of aluminum-can butterflies, wings feathered with gleaming knives, and fantastical flying machines evoke motifs of flight, metamorphosis and rebirth. These themes inform a visual language which Villinski uses to explore the many contradictions of human experience.

"I'm fascinated by the simple alchemy of transforming humble, discarded materials into things of beauty and layered meaning,” says Villinski. “This speaks to the idea of potential, of the surprising things that can be done with imagination, commitment, risk, and hard work -- with enough love. My work is an exploration of the possible, at the heart of which is hope."

Villinski has created studio and large-scale artworks for more than three decades. He received a Bachelor of Fine Arts from the Cooper Union for the Advancement of Science and Art in 1984.

His work has been included in numerous exhibitions nationally, recently including the McNay Art Museum in San Antonio, Texas; the Blanton Museum, University of Texas in Austin; and the Museum of Arts and Design in New York, N.Y.

His work is widely collected by institutions including the Museum of Arts and Design, New York; the New Orleans Museum of Art, Louisiana; and the Virginia Museum of Fine Art, Richmond, Va.

He is represented in New York by Morgan Lehman Gallery; in New Orleans by Jonathan Ferrara Gallery; in Jackson Hole, Wyo., by Tayloe Piggot Gallery; and in Palm Desert, Calif., by Austin Art Projects.