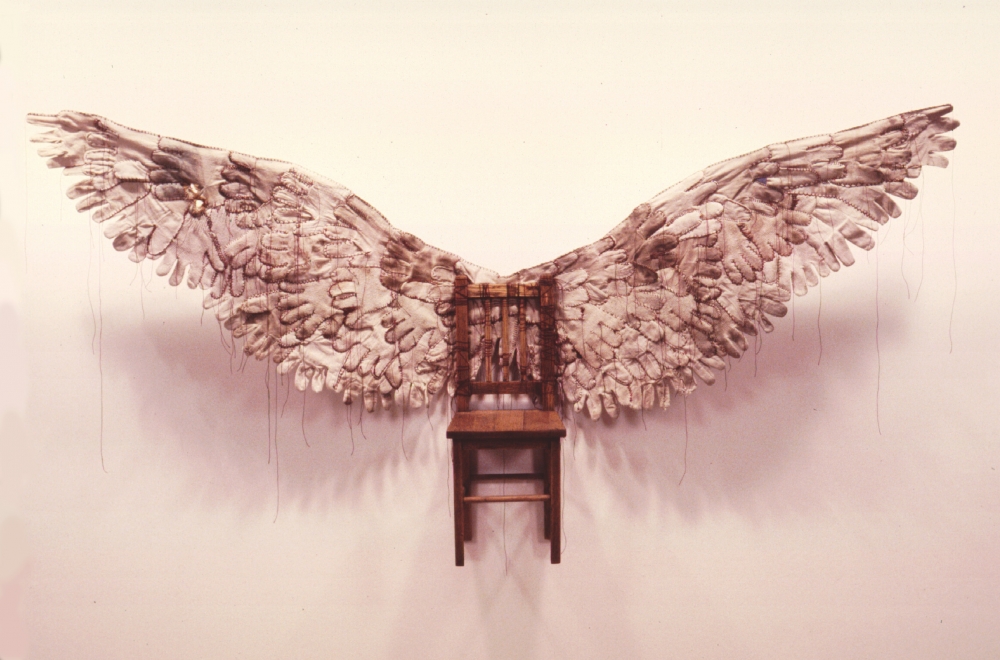 "Lost Gloves," writes Paul Villinski. "The city is full of them. Having read this, you will see them everywhere."

For five years, the New York artist has been retrieving stray gloves and stitching, riveting, and pinning them into sculptural shapes, garments, vessels, sacks. They constitute, he says, a kind of "informal census" of our times: the grimy canvas glove of the New York factory worker; the elbow-length white kidskin found outside the Plaza Hotel; the mitten left behind on a snowy playground. "Urban road kill," he calls them, sometimes mashed by a passing car, consigned to the gutter.

The artist's focus on gloves began with a visit to World War II Japanese internment camp in Wyoming in 1992. "I came across an old leather work glove just left there. It seemed like such a powerful image. I started thinking about gloves, imagining the people who wore them, what they did, what became of them."

Living in the manufacturing neighborhood of Long Island City, Villinski, 37, says "I can't walk the five blocks home from the subway without finding at least one work glove." During the winter of 1995, he began assembling his finds into a blanket. By spring, the work measured 7 feet by 5 and a half feet.

In the current show, one piece, titled "Portrait," is a wall sculpture in which worn cotton work gloves are stitched into wings seven feet wide, bearing aloft a child's chair.

His fascination with the subject continues. "I almost wish I were at an end," he says. "These objects keep inspiring me. I'm currently doing landscape imagery."